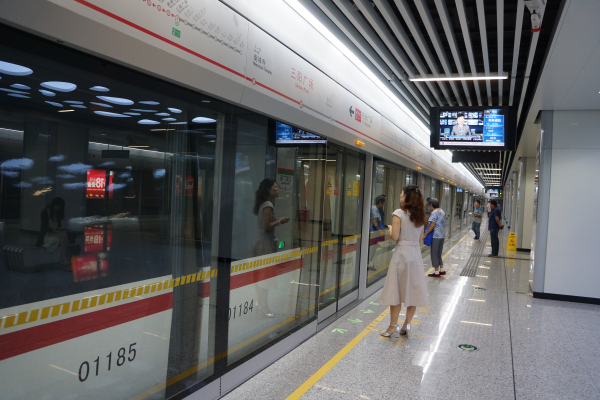 Currently, Wuxi has two metro lines: Line 1 runs between Yanqiao and Changguangxi while Line 2 is between Meiyuan Kaiyuan Temple and Wuxi East Station. Since  Line 2 opened on December 28, 2014, Wuxi has become the first city where two subway lines were put into operation within a single year.

The north-south Line 1 and east-west Line 2 are 56.11 kilometers in length, with a total of 43 stations covering five districts in the city.

According to the Wuxi urban rail traffic plan, Wuxi urban high-speed rail traffic will regard the main urban districts as a core for operations and form a radioactive and circular network by introducing three main lines and two subordinate lines by 2050.

Lines 1, 2 and 3 are central lines, showing a radial pattern, while lines 4 and 5 will be subordinate lines. The network is planned to be 157.77 kilometers long with 111 stations in total. Energy saving and environmental protection concepts will be integrated into construction, station designs and technical materials.