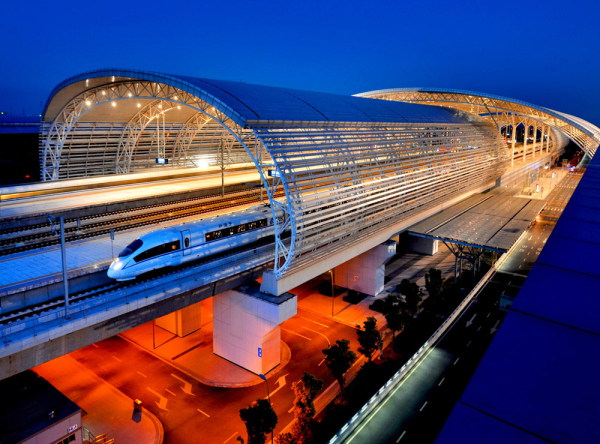 The Beijing-Shanghai high-speed railway, also called the Jinghu high-speed railway, is one of the greatest high-speed railway projects in China. With a total length of 1,318 kilometers, the railway line is conveniently connected to both the Circum-Bohai Sea economic zone and the Yangtze River Delta economic zone. It runs through Beijing city, Hebei province, Tianjin city, Shandong province, Jiangsu province, Anhui province and Shanghai city. Construction started in April 2008, and lasted for about 3 years. It was completed in June 2011. Similarly, the maximum speed can also reach a rapid 350 kilometers per hour, taking about 4.5 hours to travel the full distance of the railway line.