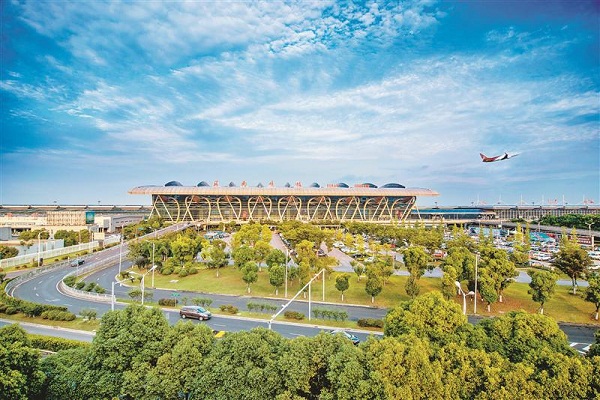 Shuofang subdistrict has attracted a great deal of investment due to its unique advantages in transport, including Sunan Shuofang International Airport, many highways and the Grand Canal, which passes through the area.

"We've visited Shanghai and Zhengzhou to learn from their experiences in laying out an airport economy and forming an industry chain," said Zhang. "Fast entry and exit, convenience and efficiency are the keys."

In addition, Shuofang is expected to be an important link for Wuxi and Suzhou.

It takes 15 minutes to drive from Shuofang to Wuxi's downtown, while it takes 20 minutes to reach Suzhou. Also, Wuxi's metro line 3, which will be put into operation this year, will connect to Suzhou's metro line 14.

"The volume of air transport at Shuofang's airport was 150,000 tons in 2019, and is expected to reach 500,000 tons in 2025," Zhang said, adding that the integrated development of Wuxi and Suzhou will be a factor in their development plans.

Statistics show that projects worth 3.28 billion yuan were introduced to Shuofang subdistrict in the first half of this year.