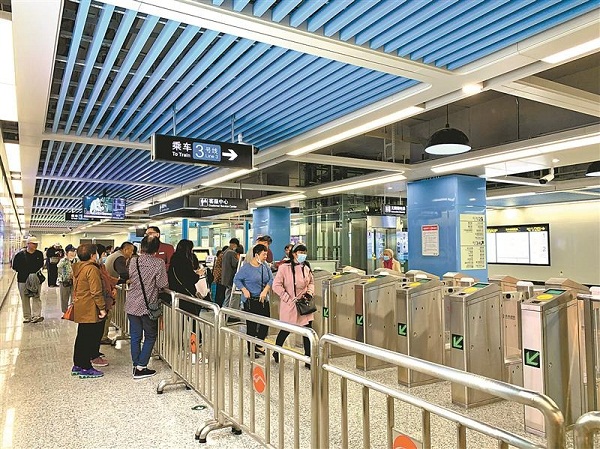 The 28.5-kilometer line has 21 underground stations and runs from Huishan Railway Station in Huishan district to the Sunan Shuofang Airport Station in Xinwu district.

The trains for the line, colored white and blue, have been upgraded compared to those of lines 1 and 2 to be more user-friendly. New technology makes the trains smarter, safer, quieter, and more comfortable, according to officials.

The new line features one intelligent train, which is able to automatically adjust its temperature, wind speed, and brightness according to the number of passengers in the carriage and the train's operating position.

Passengers taking lines 1 and 2 are able to transfer to line 3 at the Wuxi Railway Station and Jinghai Station, respectively. Many passengers also took photos at the Sunan Shuofang Airport Station on the first day for its nice and clean decoration.

Officials of Wuxi Metro said the new metro line will officially open to the public after various improvements and adjustments based on peoples' feedback on the trial operation.