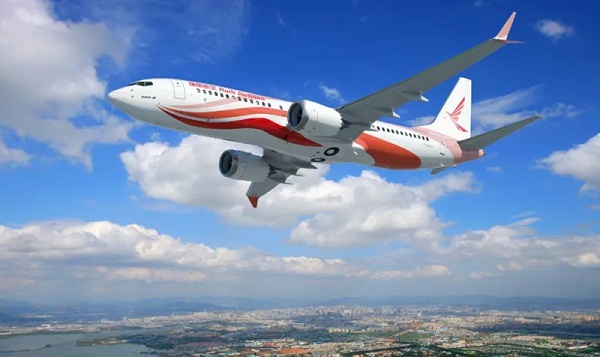 Wuxi became the first city in East China's Jiangsu province to own a local airline as Wuxi Transport Industry Group took over 57 percent of Ruili Airlines from Yunnan Jingcheng Group on Jan 15.

With the deal, Wuxi Transport Industry Group will work on building the headquarters and operation base of Ruili Airlines in Wuxi, according to the group's Chairman Liu Yuhai.

Founded in 1990, Jingcheng Group works in aviation, engineering construction, medical tourism, and health. Ruili Airlines was funded and established by Jingcheng Group in 2014. It currently operates 20 Boeing aircrafts, as well as has 85 domestic air routes and seven international ones.

Wuxi has been working to develop itself into a transportation hub in Jiangsu province and the Yangtze River Delta. Wuxi Dingshu General Airport in Dingshu town, Yixing is also expected to begin operating in the second half of 2021.

Xie Li from the Civil Aviation Management Institute of China said that with the local airline, Wuxi Sunan Shuofang International Airport will be able to connect directly to major overseas cities, benefitting the city's social development.

Xie added that Wuxi residents will be able to enjoy direct flights to more domestic cities, especially those in Yunnan province.