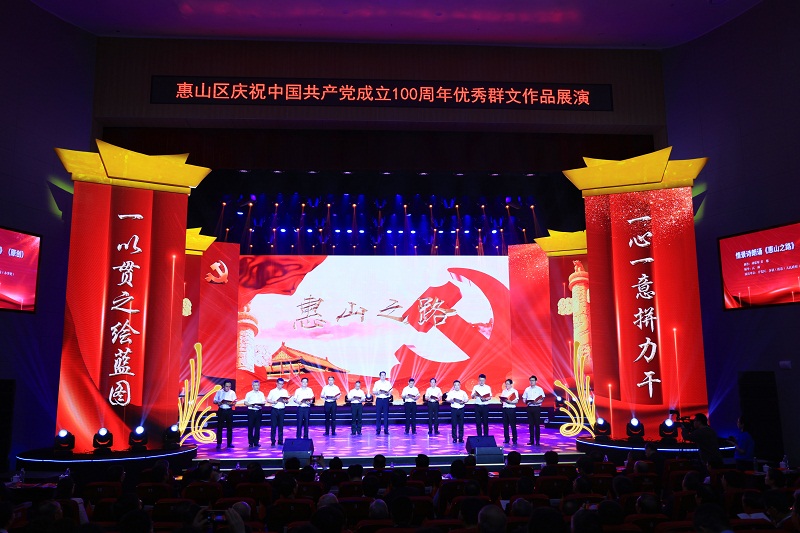 Local performers read original poetry at the gala to celebrate the CPC's 100th anniversary. [Photo by Ao Xiang/provided to wuxinews.com.cn]

Huishan district in Wuxi, East China's Jiangsu province held a gala to celebrate the 100th anniversary of the founding of the Communist Party of China (CPC) on May 20.

Wu Jianyuan, Party secretary of Huishan district, gave a speech on the economic and social achievements that the district has made since it was established 20 years ago.