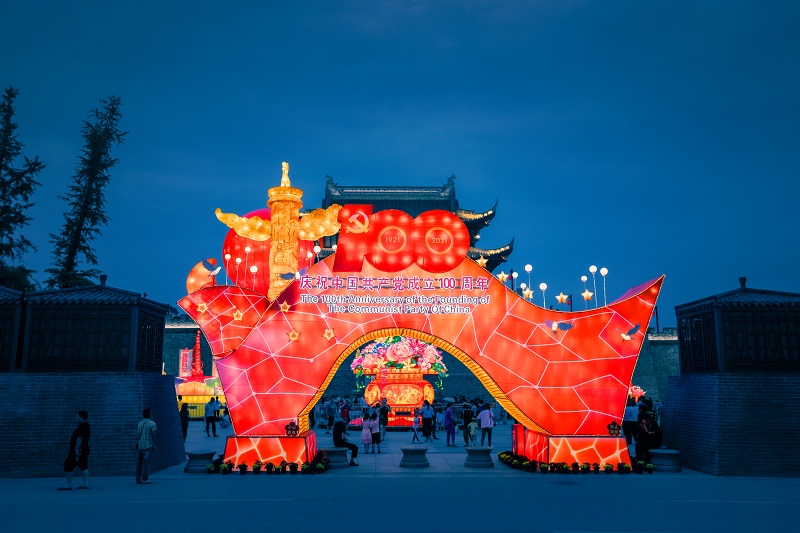 A lantern show presented by Meili Ancient Town is held in celebration of the 100th anniversary of the founding of the Communist Party of China. [Photo provided to wuxinews.com.cn]

Six sets of large-scale lantern works are being displayed at Meili Ancient Town, Meicun sub-district, Xinwu district of Wuxi in celebration of the 100th anniversary of the founding of the Communist Party of China.

The lanterns are in the shape of a flower bed, the red boat, and national flags. They have attracted many local residents who like to take photos of them, while creating a strong atmosphere to learn about the 100 year history of the CPC.

A variety of mass cultural activities have been held across the city since the beginning of this year to celebrate the CPC's centenary.