The 2021 Grand Canal Intangible Cultural Heritage Tourism Conference was held in Wuxi, Jiangsu province from Oct 22 to 24 to promote the cultural heritage of the canal cities as well as showcase the canal's characteristic tourism appeal. 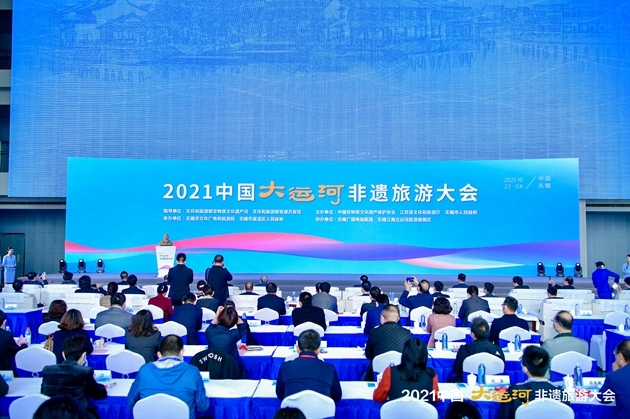 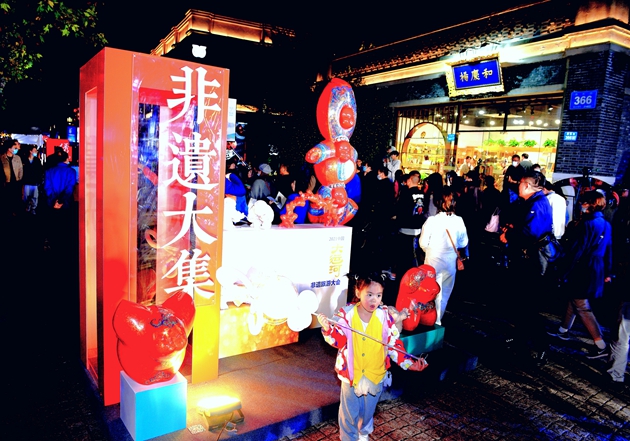 The intangible cultural heritage fair is crowded with visitors. [Photo by Zhang Zeming/provided to chinadaily.com.cn]

According to the organizers, the event was designed to protect, inherit and make good use of the excellent traditional cultural resources along the Grand Canal, promote the integrated development of canal culture and tourism, as well as share stories of the canal with the world.

The event featured a variety of activities, including an opening ceremony and theme forum, a live performance along the Wuxi section of the Grand Canal, an intangible cultural heritage fair, a gourmet festival and Xiju opera performances.

At the ICH fair in Qingming Bridge Historical and Cultural Block, visitors can enjoy the rich and diverse cultural heritage items from over 30 domestic cities. 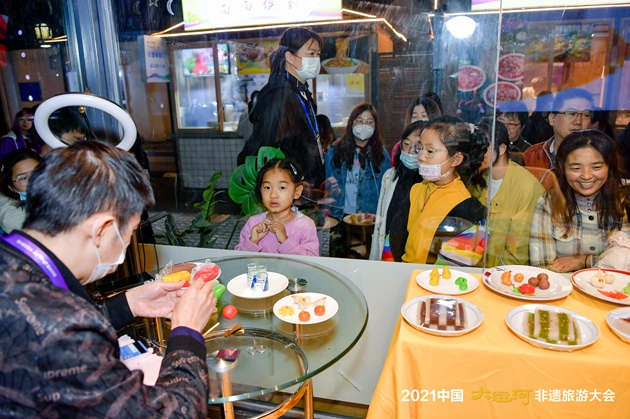 A traditional snack booth attracts many customers during the gourmet festival in Qingming Bridge Historical and Cultural Block. [Photo provided to chinadaily.com.cn]

The gourmet festival gathered more than 60 kinds of distinctive and flavorful delicacies such as the Zhoucun sesame seed cake, baked flour cake with donkey meat stuffing, and Tianjin-style jianbing guozi.

The Grand Canal, the 3,200-kilometer-long, 2,500-year-old waterway connecting Beijing and Hangzhou in what is now East China's Zhejiang province, is a UNESCO World Heritage Site and the longest artificial waterway in the world. It consists of three sections built in different periods that unified the northern and southern regions of ancient China.

Wuxi is known as the city that has Jiangsu province's most iconic cultural tourism products along the Grand Canal, with 40.6 kilometers of the historic waterway passing through it.

Wuxi has released various municipal plans regarding cultural, ecological, and tourism development to protect and vitalize the waterway. 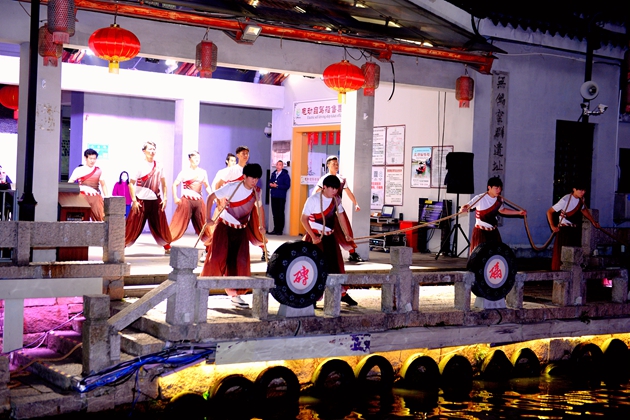 A live performance along the Grand Canal [Photo by Zhang Zeming/provided to chinadaily.com.cn] 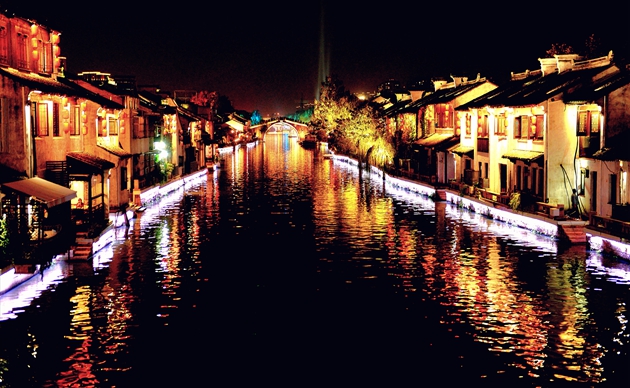 The night view of the Wuxi section of Grand Canal [Photo by Zhang Zeming/provided to chinadaily.com.cn]