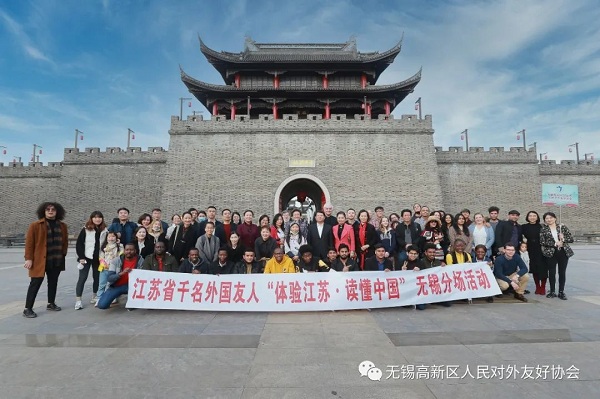 The event, sponsored by the Wuxi Xinwu people's government and Wuxi people's association for friendship with foreign countries, aimed to strengthen cooperation and exchanges with expats and promote the local culture of Wuxi. 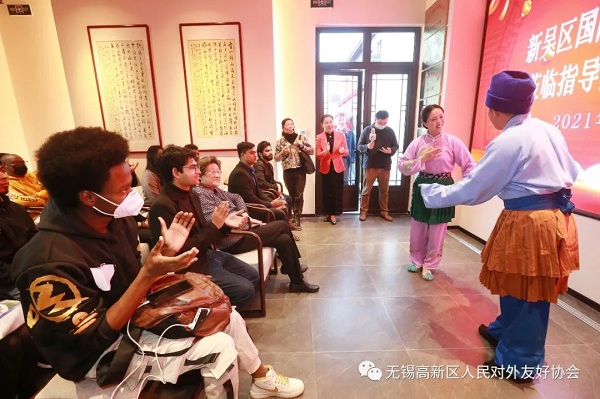 The first stop in their visit to Meicun was the Xue Yan Opera Studio. Xue Yan, chairman of the Wuxi Dramatists Association, introduced them to the history and beauty of Wuxi Opera.

Wuxi Opera is one of the three most popular operas in East China and a major local opera of Jiangsu. It mainly tells stories of everyday life in rural areas, most of which oppose feudal marriage, outdated ethics and greedy landlords. 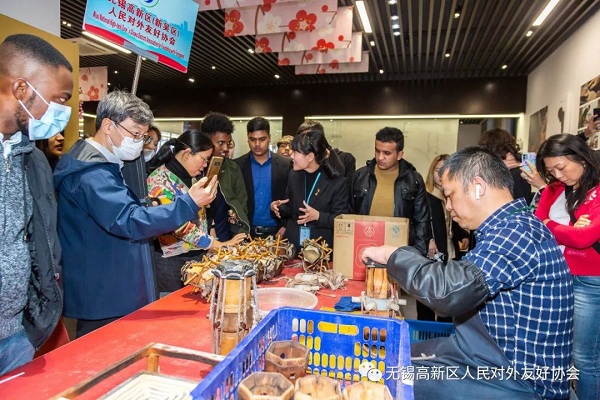 A local craftsman shows skills of making an erhu in Xinwu district of Wuxi. [Photo/WeChat account of Wuxi Xinwu people's association for friendship with foreign countries]

After that, they toured Meili Ancient Town, where shows combined traditional culture with modern commercialism.

The Meicun Erhu Industrial Park impressed expats most. Most erhu makers in Wuxi are based in Meicun, and it is known to have more than 3,200 years of history as a vibrant arts-and-culture hub.

Typically made with either redwood, rosewood or black sandalwood, the erhu produces a hauntingly beautiful sound that typically evokes a sense of melancholy among listeners.

About 20 expats also tried their hands at playing the erhu during their visit, performing songs such as Beauty of Taihu Lake.