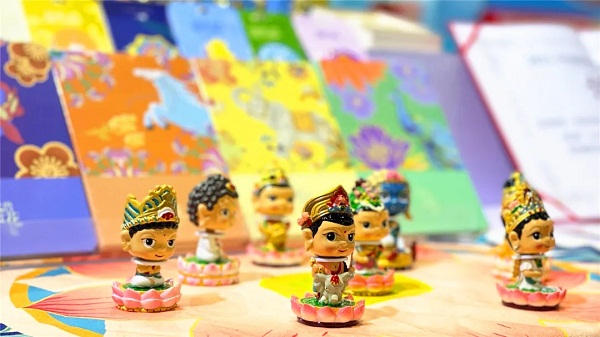 Scenic areas in Binhu such as Lingshan Mountain, and Yuantouzhu, also known as Turtle Head Island, displayed a variety of tourism products, cultural innovations and interactive activities at the fairs. A number of shows like dancing and opera performances were also staged.

The first exhibition of paintings by Ni Zan, a renowned Chinese artist born in Wuxi during the Yuan Dynasty (1271-1368), was held on the sidelines of the event. 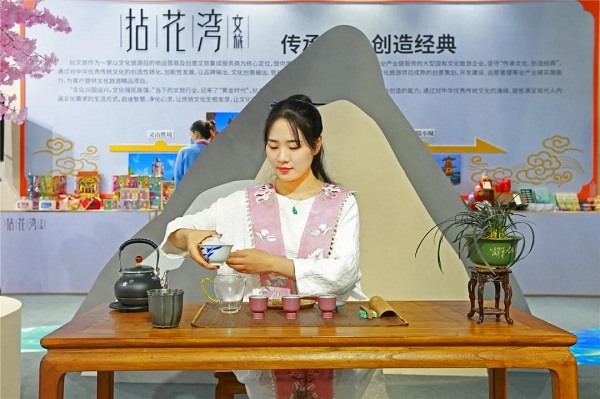 A woman demonstrates a tea ceremony at the tourism fair. [Photo/WeChat account: wxbhly]