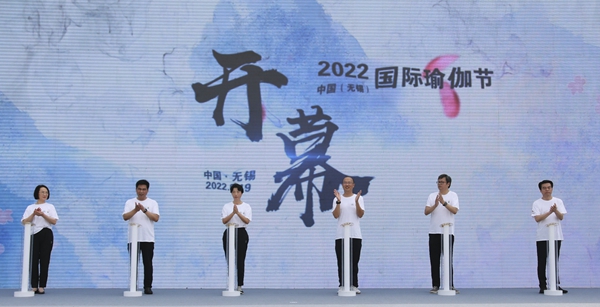 The event has been held for 8 years and yoga has gradually become a popular way of life in Wuxi. There are currently about 120,000 yoga practitioners in the city, according to Gong Zhijie, vice chairman of the China Chamber of International Commerce Wuxi Branch. 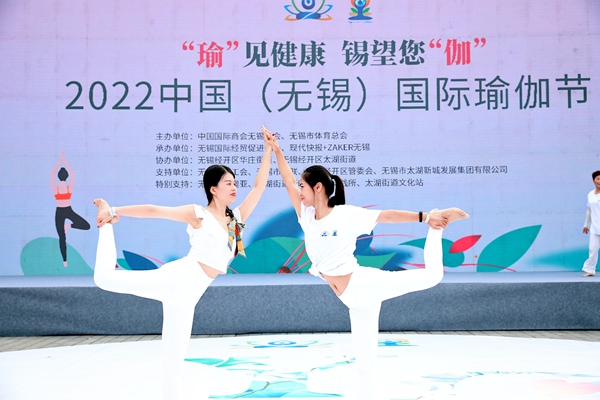 The participants do yoga performance at the festival. [Photo/Wuxi Association of Sports Photography]

This year, on the premise of the epidemic prevention and control, the organizers invited 200 yoga lovers to take part in the opening ceremony and do yoga with masters. 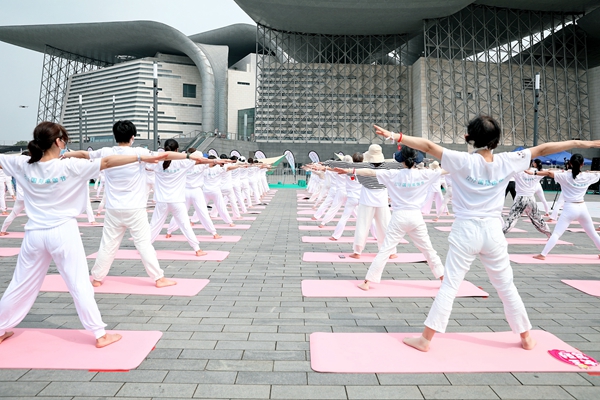 Participants do yoga under the guidance of a yoga master. [Photo/Wuxi Association of Sports Photography]

In order to encourage more people to participate in fitness yoga, the organizers also set up sub-venues in other local places such as the Xizhang Park and Jiuli River Wetland Park, inviting scores of yoga lovers to practice yoga.

In order to promote more public fitness activities and to help establish Wuxi as a national fitness yoga city, Li Haihong, deputy director of the sports bureau of Wuxi, announced the Initiative of Wuxi to Build a National Fitness Yoga City. Li proposed that residents should acquire fitness yoga knowledge and practice yoga step by step, and more venues will be opened for yoga lovers.

A yoga get-together – themed on "the inheritance and innovation of fitness yoga and the city spirit" – was held on the afternoon.

According to the organizers, a yoga-themed music carnival is to be held later this year.